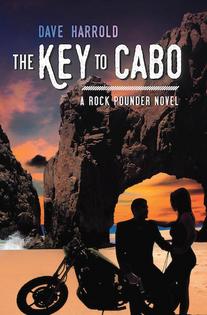 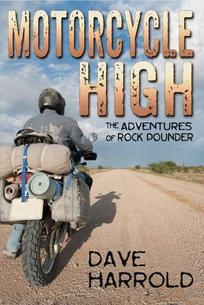 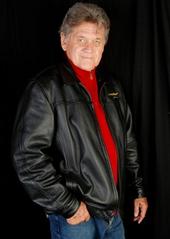 Motorcycle High:
The Adventures of

​Rock Pounder, adventure rider extraordinaire, is planning a round-the-world trip on his motorcycle. His goal is Amsterdam and the herbal refreshment that awaits him there. But when you’re a legend—among women, adventure riders, and spies—nothing is ever as simple as it seems. Come along for the ride as Rock and his bike travel onward through Siberia, Mongolia, and Europe. His destination is Amsterdam and the pleasures that lie in store. The journey will take him places he never expected to go. But when Rock Pounder is on a mission, no one stands in his way, except, maybe, a tall blonde who means nothing but trouble.

The Key to Cabo:

Danger is a way of life for Rock Pounder, so when the DEA asks him to recover $250 million in drug money hidden somewhere in Mexico, the 10% finder’s fee makes the risk worthwhile for Rock and his team. But when his beautiful publisher Penelope Dickens Frost finds herself in possession of a key that leads to the drug money, he finds trouble on more levels than he ever expected.

Penelope is one of the only women who hasn’t immediately fallen for Rock’s charms, but things heat up as the two of them race across the Mexican desert on Rock’s dirt bike, with drug lord El Raton in hot pursuit.

From Dallas to Cabo San Lucas and into mainland Mexico, Rock and Penelope follow the money trail, with Rock’s unique team aiding in the escapade. But someone on the inside is betraying them. And publisher Penelope Dickens Frost proves to be almost more than even Rock Pounder can handle in this high octane thriller, the second book in the Rock Pounder series.

Dave Harrold has been an adventure rider for more than forty years. In addition to his round-the-world-trip in the Summer of 2010, his travels have taken him to South America, North Africa, Central America, and Mexico. This summer, he will ride his motorcycle on the Continental Divide from New Mexico to Canada